What are Quantum Computers

Truly strange and unexpected behaviors of subatomic particles have been discovered by science in the recent past – just the last about 50 years or so. Einstein’s work predicted some of this, but even Einstein couldn’t figure out if the theories were right or what it even meant IF it were true.

While we don’t yet fully understand why these things happen the way they do, some brilliant people have figured out ways to leverage these behaviors for something useful. They’re building totally new kinds of supercomputers called “Quantum Computers”. These machines use these strange subatomic behaviors to conduct logical operations in a totally new way.

When scaled up just a little, it becomes physically impossible for traditional electronic computers to compare. Google recently announced that its quantum computer just achieved something called “quantum supremacy.” It claims to have processed a calculation in just 200 seconds that would have required the world’s most powerful supercomputers over 10,000 years to crunch. While there’s a debate on the use of the “quantum supremacy” term and technicalities of the results, it is nonetheless incredibly impressive!

How do quantum computers work?

To appreciate quantum computers, we should really look at the strange stuff they work with to do the amazing feats of calculation they can accomplish.

The first is called “entanglement” now, but Einstein labeled it “spooky action at a distance”. Since it is still only partially understood and even then only by a small group of physicists, let’s try to get a basic understanding from a metaphor using coins within boxes instead of subatomic bits: 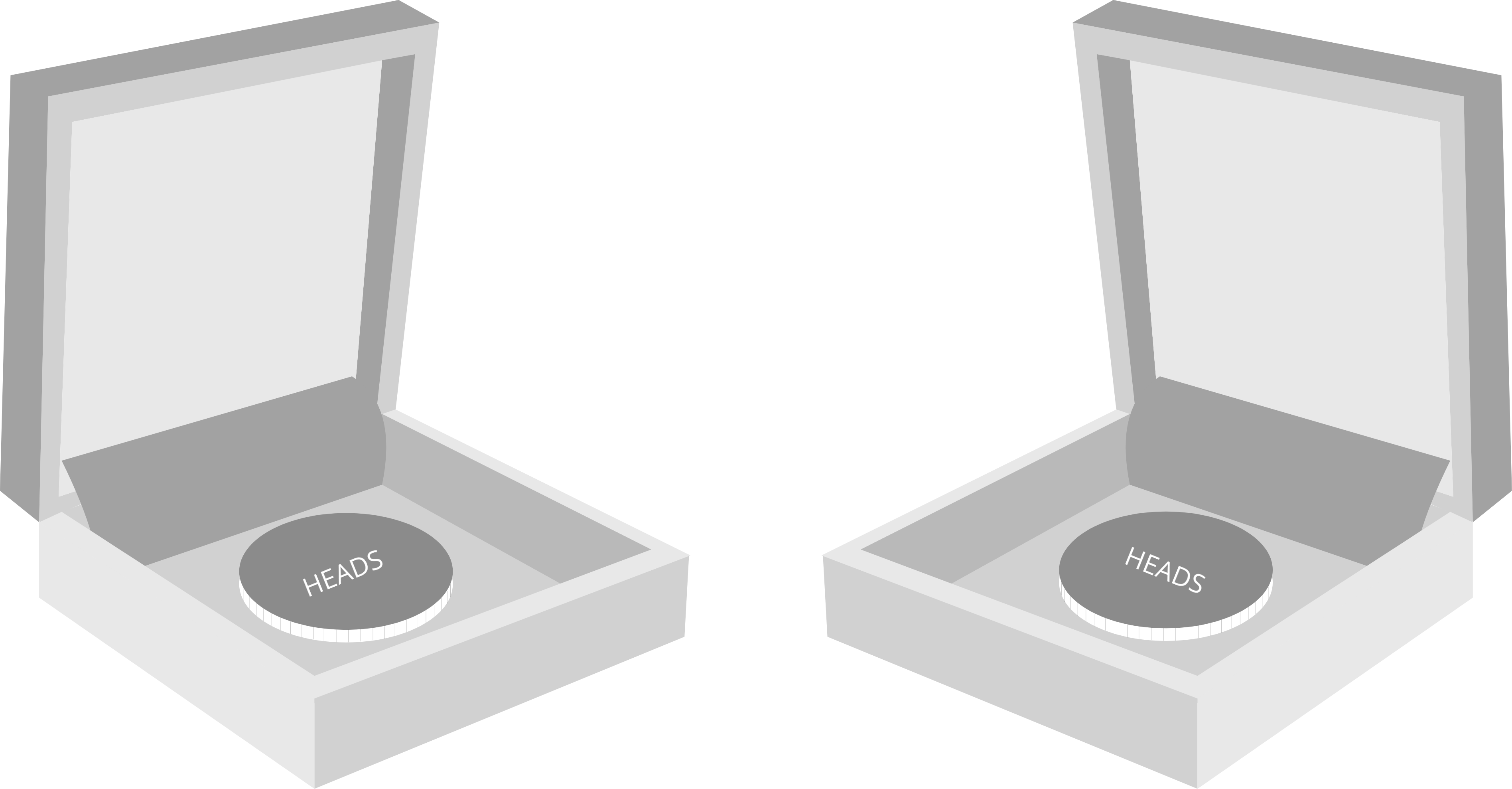 Now we’re going to put the lids on the boxes and shake them so that the coins wildly bounce around in the boxes. Set them down on the table. Open them up, and you’ll see box A now has “tails”, but box B still has “heads”. Repeat this over and over and over again any number of times and each time you open the boxes you’ll see either heads or tails with a 50/50 chance. Sometimes the coins in the boxes will match, sometimes they won’t. It’s a random probability. 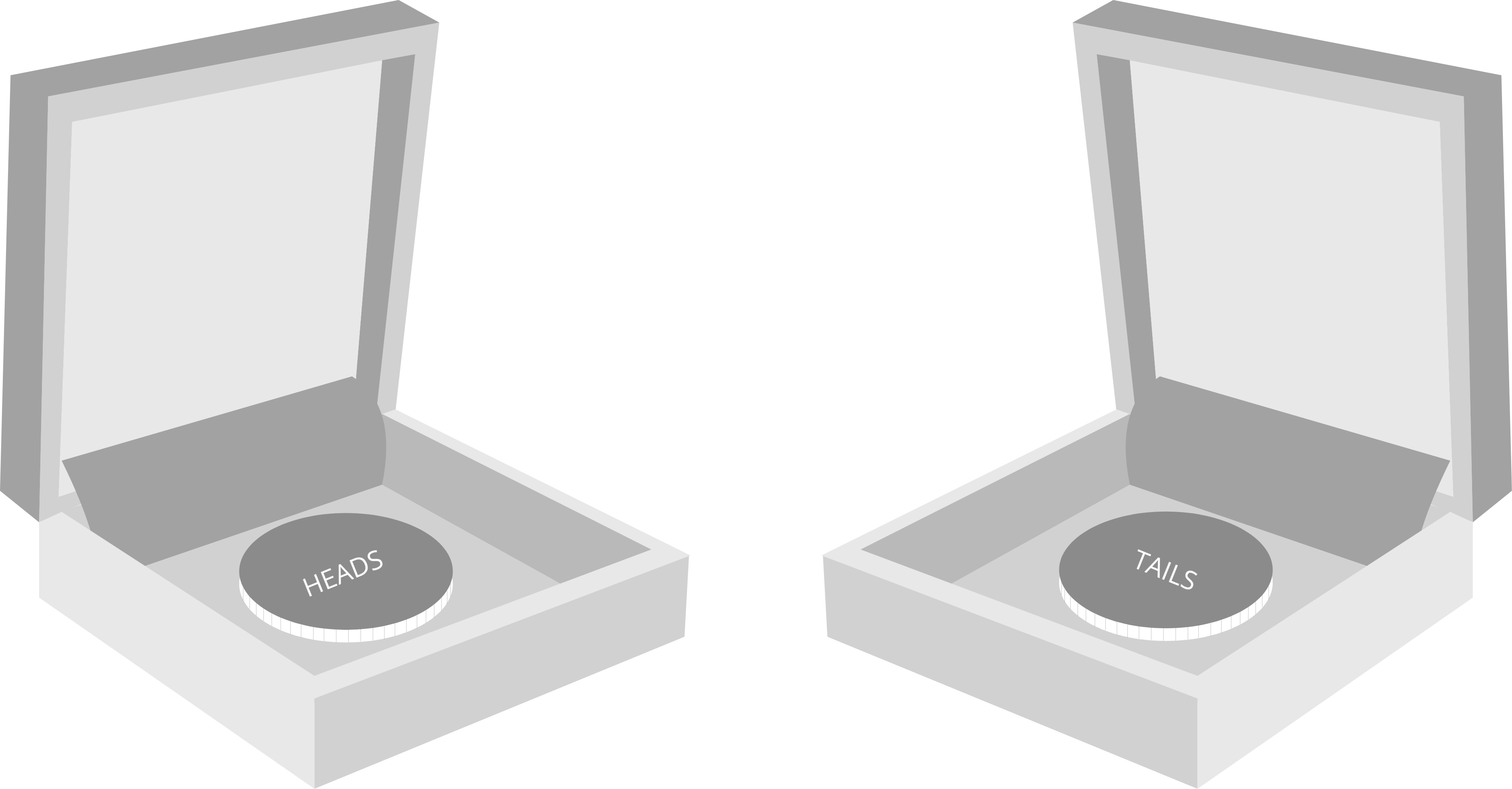 This is classical physics of the comfortable world we know and have learned to expect. These coins are not entangled. If they were entangled, it would go more like this:

You look in box A and see heads, you look in box B and see tails. You close the boxes and shake them up as before. You open box A and see “heads”, and now open box B and see “tails”. You shake them up again. Box A shows “tails”, then box B shows “heads”. You repeat this over and over again any number of times and see that every single time the coin in box B is the opposite of box A. They NEVER show the same side.

The thing is, you could move these boxes to opposite sides of the universe and the effect would be the same. Entangled particles behave like this and there is no (known) physical connection between them, nor is there anything transferred between the two (again, not that we know of). The effect is instantaneous and not limited by the speed of light – which is a limit on absolutely everything else in the known universe.

The second strangeness is called “superposition”. This is where a particle can be in two opposing states simultaneously. In our box and coin analogy, it’s like that the coin is showing “heads” AND showing “tails” at the same time. So which one is it? The answer is “yes”. 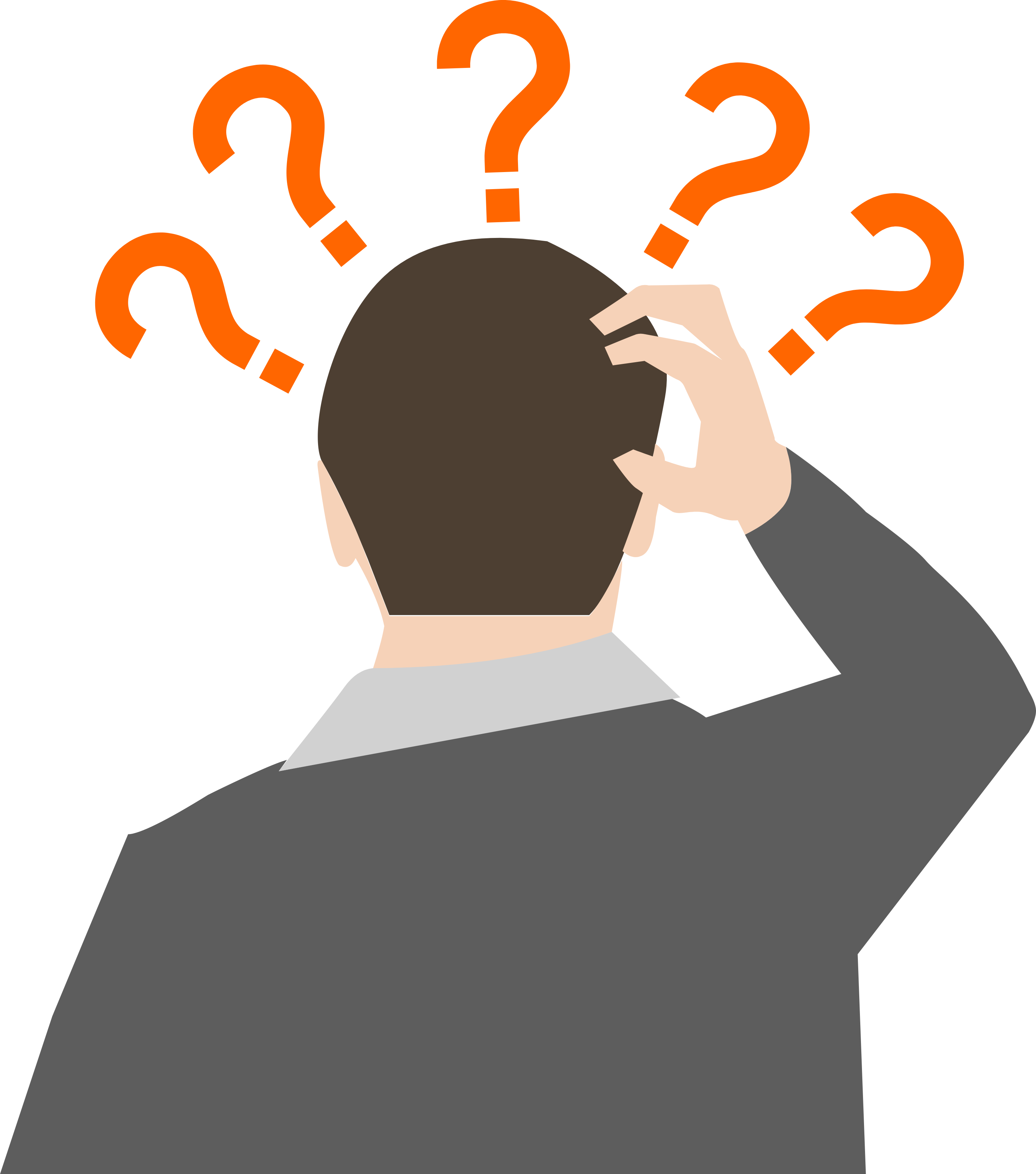 …until you measure it. Once you look into the box, the coin resolves into either “heads” or “tails”. The very act of measurement effects this result; however, the coins are actually both heads and tails at the same instant in time. The direct observation or measurement resolves the state of the coin into showing either “heads” or “tails”, but apart from that measurement, we can only understand how it interacts with other things. We can hear it moving inside the box, maybe even feel it moving around tapping the sides or spinning at the bottom. We know it’s in there and we know it could be “heads” or “tails”, but we don’t know which one until we look at it.

Further, if the coins in box A and box B are entangled, we don’t know what either was until we look at one of them. Once we see just one, we know with certainty what both coins are showing.

If you have made it this far, congratulations – you’ve made it. There are more details to this strangeness in subatomic land, but this is enough to appreciate what is happening.

The classical type of computer we’ve used to build the internet, send a man to the moon and tweet our daily dissatisfaction with uses electrons to change the charge of something to be on or off (“1” or “0”). We call these things bits. The original Atari you might have played Pong on had 8-bits. The latest smartphone and laptop processors use 64-bits. Each of the bits can be only one of two different options. Quantum computers use the properties of superposition and entanglement to manipulate and observe special different types of bits called qubits (Kew-bits), which are not just on or off. Not just “1” or “0” anymore. Each of these qubits can be any number of options in specific probable combinations of “1” and “0” simultaneously. That gives them exponentially increased computing power. 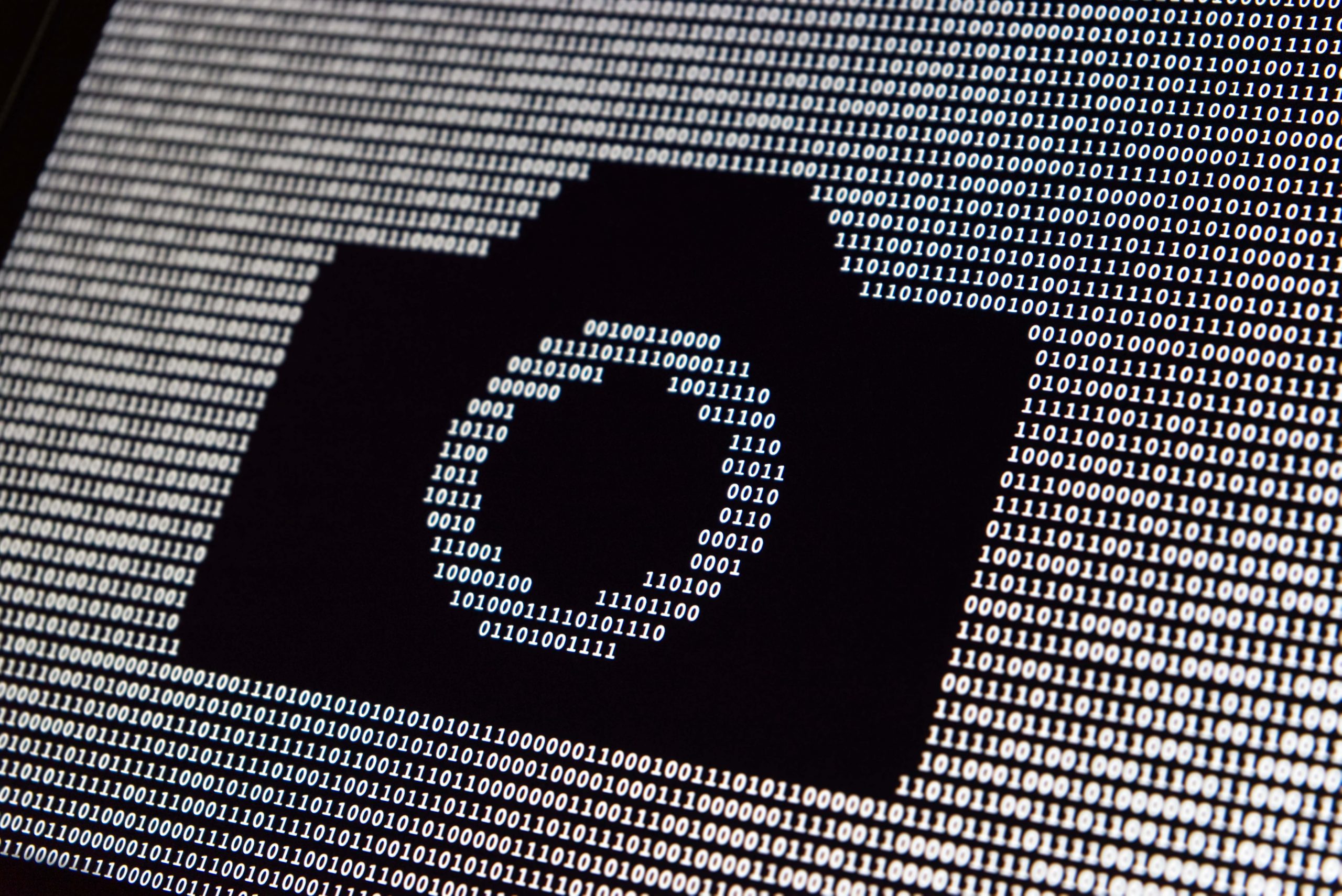 Photo by Alexander Sinn on Unsplash

This is tremendously useful for the types of calculations that require parallel usage of many of the bits in a computer for each step of a process. Since a quantum computer can manipulate each bit in far more than just two states (on or off, 1 or 0), it can do things in a single step that might take a classical computer many thousands or millions of steps. This means that complex problems solving for a wide variety of possibilities like chemical molecular engineering, global logistics optimization, data security, cryptography, and artificial intelligence can get a HUGE boost from this technology. Really, more accurately, it makes some of these things possible that were practically impossible even for the greatest supercomputers on the planet.

Unfortunately, this does nothing for streaming videos, sending emails, or playing video games – the things most of society use computers for. They just don’t get any advantage from parallel processing of complex algorithms. Quantum computers are destined to have a big impact on humanity, but not by virtue of your download speeds.

What if I DO use computers to engineer molecules, encrypt data, or optimize logistics? What if I am constructing the next AI engine that will take over the world?

You’re in luck! Researchers at IBM have built multiple 20-qubit quantum computer systems and made them available to the public – for free! These computers are some of the most advanced technology available to humanity. It has taken millions of dollars to develop and built and has to be meticulously and cryogenically maintained by a highly-skilled crew of technicians, and you can use it at absolutely no cost at all. It’s called the IBM Q Experience. With this program, IBM invites anyone interested to set up a free account, learn the new programming language (called “Quiskit”) and run your very own programs on their quantum systems. Check out the IBM Q Experience here.