What are Wax Motors?

Word association: When you think of wax, what comes to mind? Things like candles, bees, ears… That’s the same stuff we’re talking about here. How about the word “motor”? rotating, electrical, spinning, motor… yeah, that’s what most of us think of, but it’s not really accurate here. Wax motors are linear motors, meaning they don’t spin, but they extend and retract – like a hydraulic ram or air cylinder. 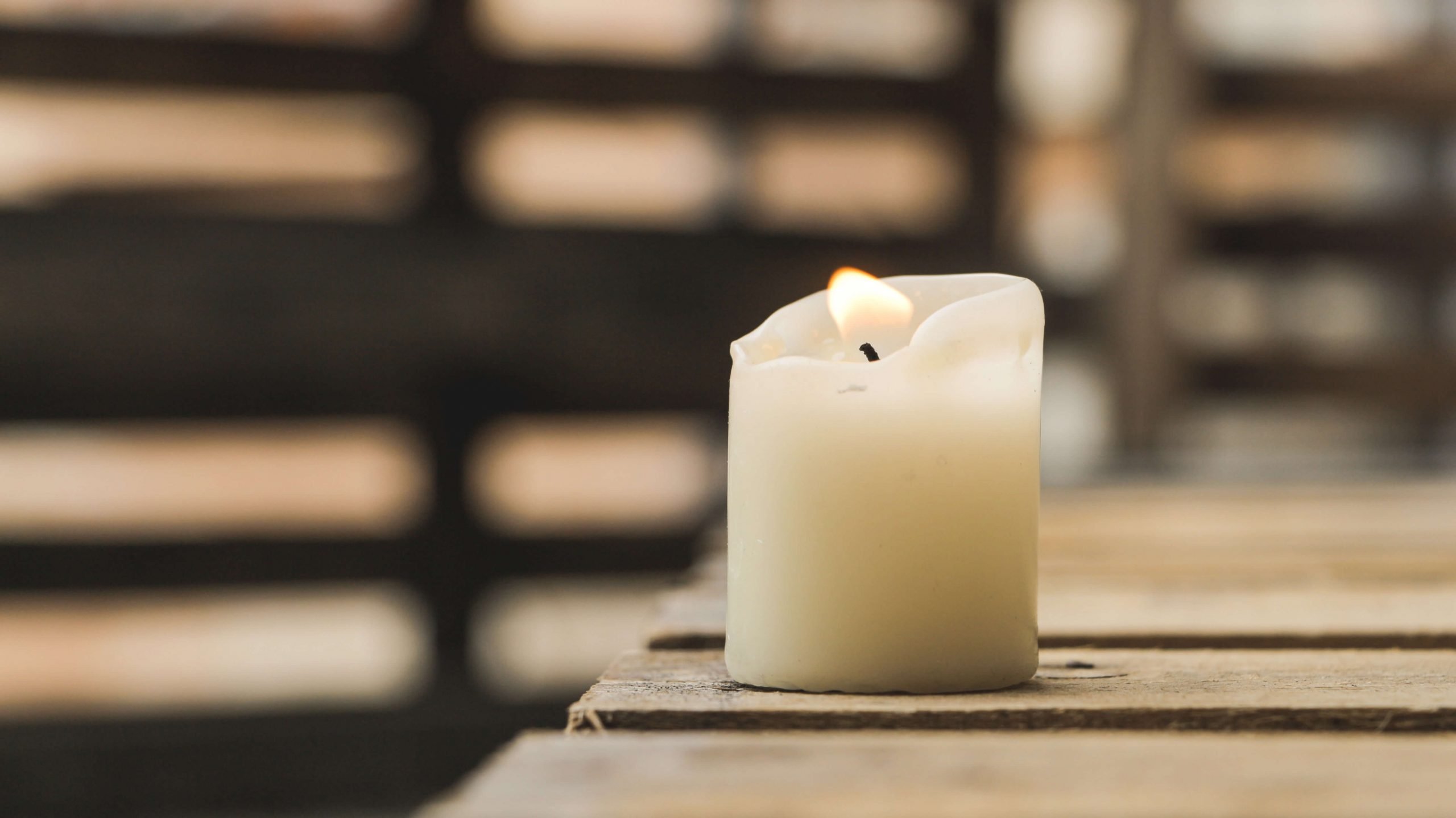 Photo by John-Mark Smith on Unsplash

Wax motors are little devices that utilize the unique properties of wax to push and pull things when its temperature changes. If you’re like most people, you’ve benefitted from wax motors – likely even have a few of them at home – and don’t even know they’re around.

How Do Wax Motors Work?

Since we’re into the geeky stuff over here and a common disposition likely drew you to this article, we’ll get to the core mechanism first. After knowing how they work, you might guess where they’d be used and can check yourself below.

A wax motor is a sealed encapsulating container with at least one side that is allowed to move, to slide in and out. When it is moved in, the encapsulated volume is smaller. When it is moved out, the encapsulated volume is larger. The volume inside this container is fully filled with wax. The volume of the wax changes between liquid and solid states which depends on the temperature. When solid, the volume is small and the wax motor retracts. When the temperature rises above a certain temperature, the wax melts and expands and the wax motor extends longer.

Most materials contract in a frozen state and expand as they melt to liquid – except, notably, water and a few other odd metals. Wax just does it at a significantly higher rate. 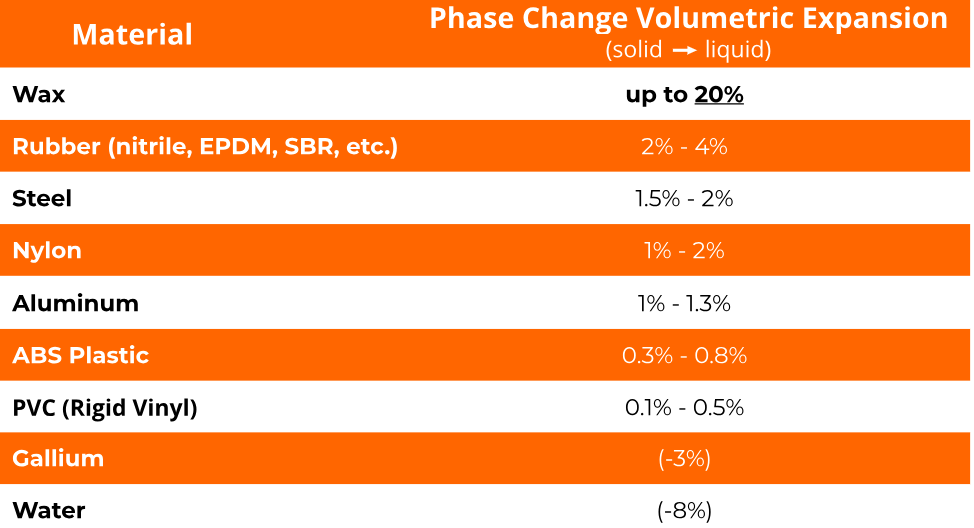 When ice melts, it takes up less volume. Its phase change expansion rate is negative. The same weight of water takes up more space when it’s in a solid state, which means its density is lower. That’s why ice floats in your glass.

Though there’s a lot of it around, this is extremely uncommon among all other materials in the universe. Nearly everything else tends to expand a little when it transitions from solid to liquid. Wax expands a lot. And that’s where it stands out among the crowd.

Since the volume of a fixed amount of wax changes so much between solid and liquid states, it is useful to produce a larger amount of linear motion. On top of that, the melting temperature of wax isn’t somewhere in the cryogenic range, or up there with molten lava. It’s right in the range of environments where we humans like to hang out. Even better, specific blends of wax can be mixed to “tune” the melting point to a specific temperature, say 72°F right where you keep your living room. Or 35ºF or 210ºF, just inside the freezing or boiling points of water. 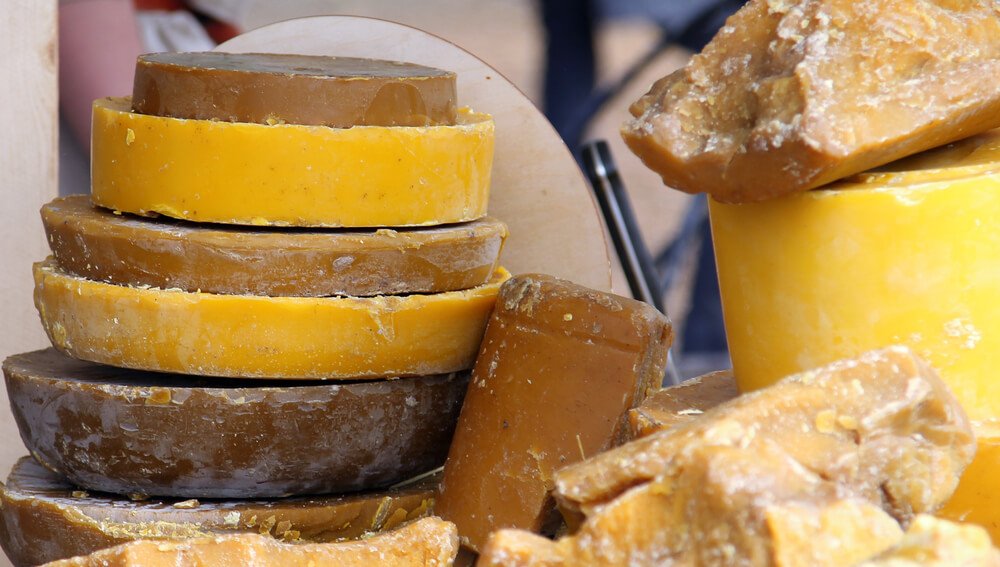 These blends of wax can be formulated to fully melt at a precise temperature, or gradually over a wide temperature range. The gradual transitions make wax motors useful for movement in proportion to temperature as it slowly changes over a range.

How Strong is a Wax Motor?

Forces from phase transitions are incredibly powerful. For practical purposes, the force is limited more by the housing containing the wax than by the wax itself. Most wax motors are only about the size of a grape but can push 100lbs or more. The maximum extension length is usually less than ½”, so you’ll need to use leverage to move something a greater distance. There’s plenty of force available to do that though.

Where are Wax Motors Used?

You may have picked up some clues in where these could be used around you. One of the most common applications you’re likely to have in your own home is in your dishwasher. Wax motors are used to release the detergent door when the system has been filled with water and warmed up to temperature. 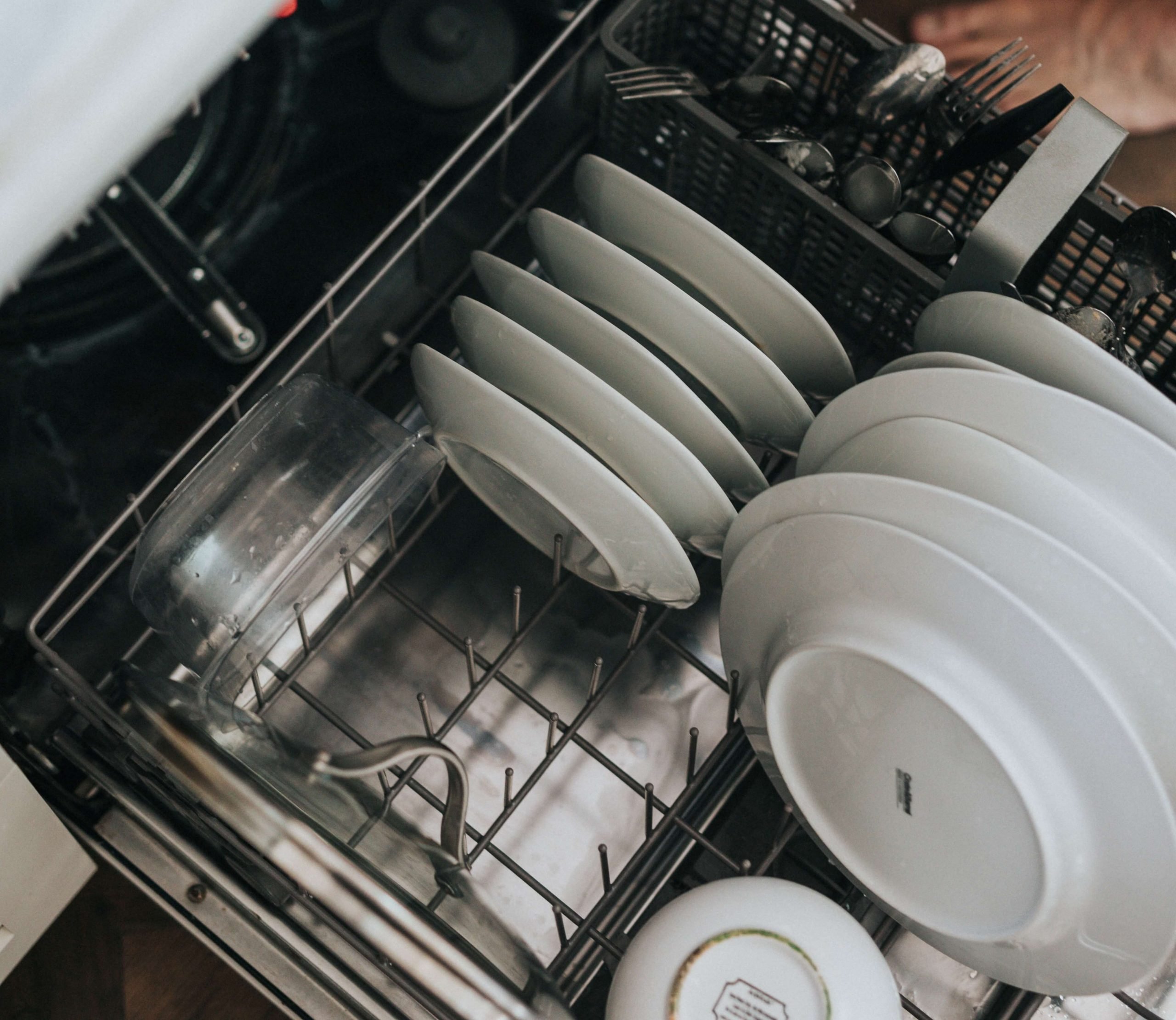 Photo by Nathan Dumlao on Unsplash

You’ll have one in your car too. Wax motors control the thermostat valve in your cooling system that opens up and allows more coolant to cycle through your engine once it has reached a good operating temperature.

They’re used in HVAC systems, boilers, and water heaters to open and close flows of water or steam at various temperatures and operating conditions. This is a good example of where the wide temperature range styles might be used.

Most of these are passive, though some might be packaged together with an electric heating element that converts a small amount of electrical energy to heat, then to a massive amount of mechanical force through the expansion of the wax motor. In the right applications, these little jewels can be the perfect simple solution. Could it be useful in your product?