Click Here for the Full Article with Cost/Timing Examples

What is the Thermoforming Process?

Thermoforming is the process of taking a flat plastic sheet, heating it, then using pressure to form it around a mold so that it is no longer flat, but a complex 3D shape.  The shape is generally near the thickness of the original sheet in some areas but thins out as its stretched into that new 3D shape in other areas.  Flat Plastic Sheet + heat + pressure + stretching = thermoformed part. 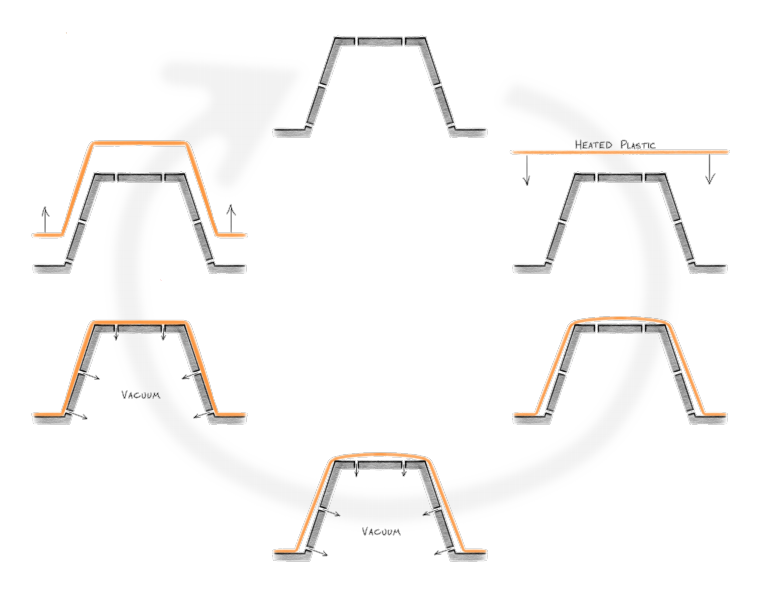 Thermoforming requires the creation of tooling and there is no shortcut for this.  Tools can be more or less expensive, which generally means longer or shorter life (number of parts that can be made using the tool) respectively.  This means that it’s important to get the design correct before making even a first “test part”.  In the most simple cases, a single surface can be formed using a single tool and vacuum pressure.  This is called “vacuum forming”.

Another version called “pressure forming” uses two tools to compress the heated sheet between a male and female mold tool.  This approach can achieve finer, sharper details on features of the part shape as well as impressing a surface texture onto the plastic part using the tool surface.  The tooling cost is higher, but it allows more control over the finished plastic parts.

Thermoforming can also produce formed hollow parts similar to rotomolding.  To do this, two opposing female molds are clamped outside a pair of heated sheets of plastic stacked on each other in the middle.  Injecting air between the sheets and pulling a vacuum on each tool side forms the part to the geometry of each tool half while the clamping force between the tools fuses the two plastic sheets together at the edges.

How is Thermoforming Commonly Used?

Thermoforming is a great way to make complex plastic parts in moderate volumes with high shape complexity and relatively low tooling cost.  Compared to high-pressure manufacturing tooling like plastic injection molding and metal stamping, the low-pressure tooling used in thermoforming can be more economically modified if changes are required down the road.  Plastic materials and finishing options are plentiful, which make it a great solution for cosmetic outer housings on a wide variety of machinery. 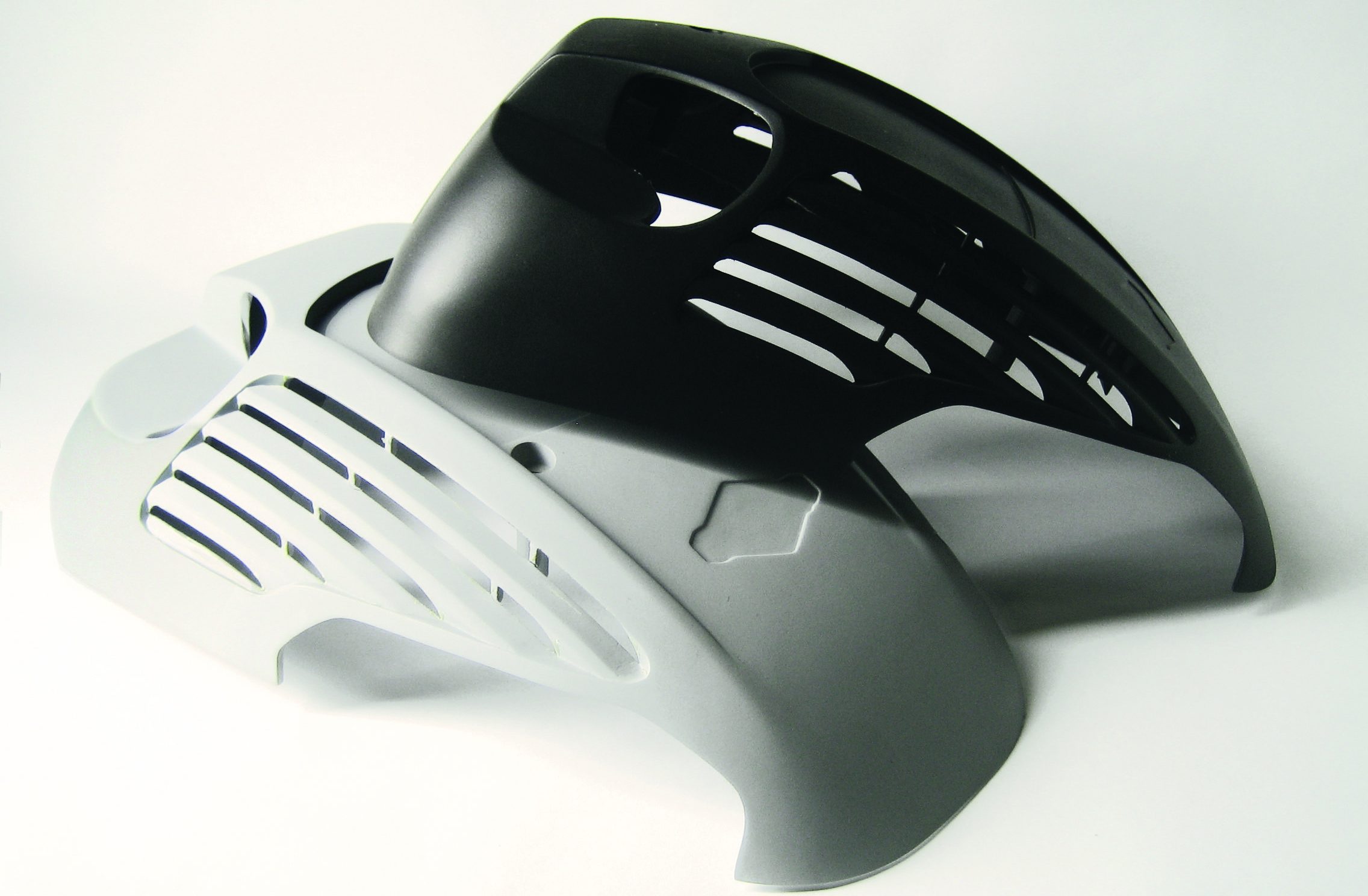 If this seems like a fit for your project or you’re just really interested in this stuff, download our expanded guide on the design and manufacturing process for thermoforming including precautions and limitations to avoid, along with some general guidelines for cost and timing.

Click Here for the Full Article with Cost/Timing Examples