A Peltier Element is a device that converts electricity directly into a temperature difference across a flat plate – making one side hot and one side cold. It works in both directions too. That is, if you put one between a hot iron and a block of ice it’ll actually produce electricity!

Just thinking about this brings back memories of what seems to be an obscure lost Harrison Ford movie from the 80’s called The Mosquito Coast where this crazy inventor blazes off into the jungle and builds a machine to make ice from fire. Give me any movie with “crazy inventor” in the description and I’m hooked. I digress…

Peltier elements look like flat, usually square, plates with two wires extending from it. Between these two surfaces is an array of semiconductors in series alternating between n-type and p-type (n-type has “n” for “negative” or lots of extra electrons; p-type has “p” for “positive” or shortage of electrons). They’re physically arranged so that when an electrical current is put through the system, the free electrons and gaps in need of free electrons are moved in a common direction with respect to the two plate surfaces. This transfers the thermal energy from one side to the other. The direction of heat flow depends on the direction of current. 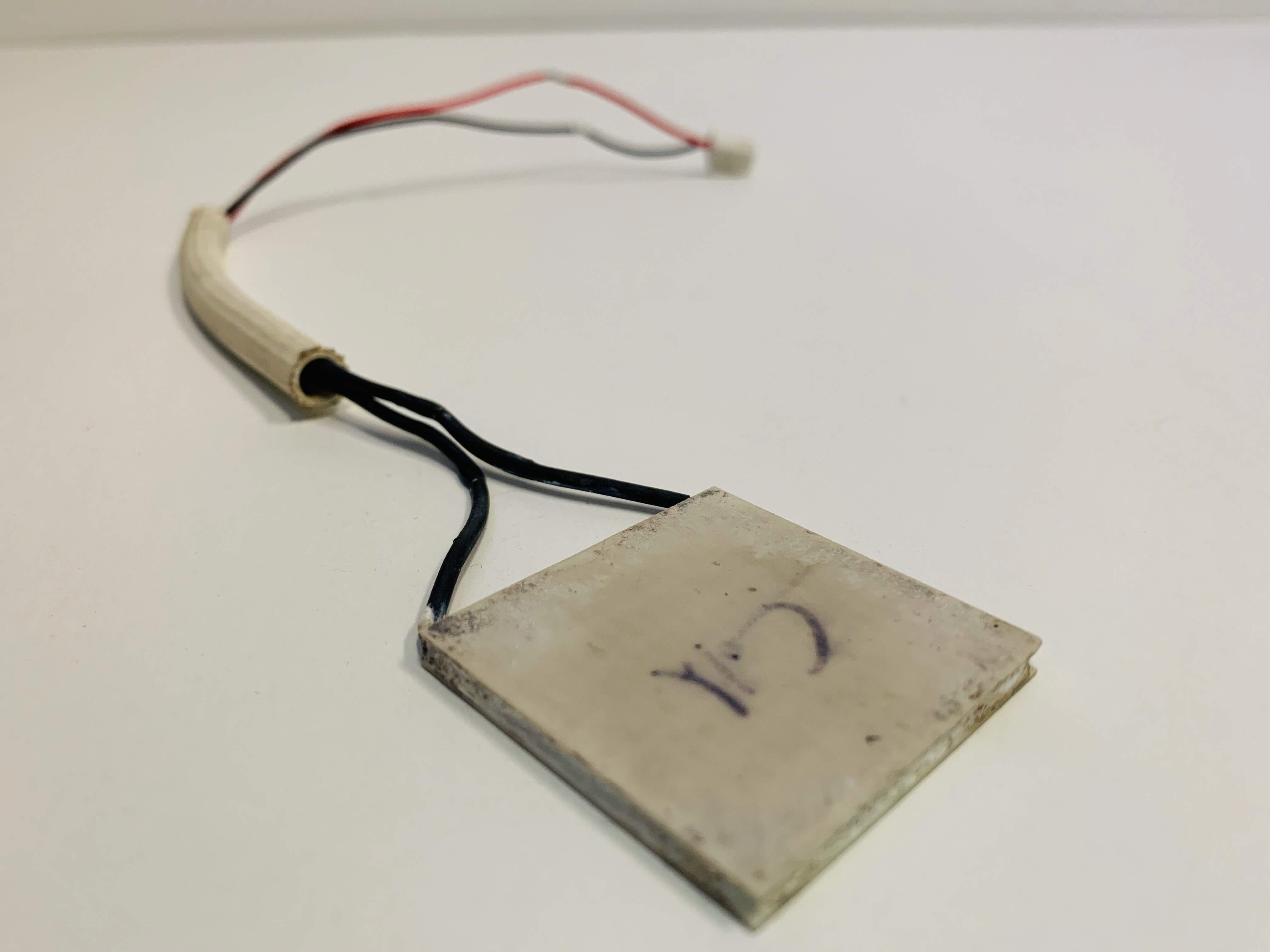 In application, one side is usually bonded to an aluminum heat sink that essentially ties that side to the ambient environment temperature. The other side is capped with ceramic and will become warmer or colder than the environment.

The vast majority of these are used for cooling systems like for microprocessors inside your computer, or in solid-state mini refrigerators. Some are also used for both heating and cooling like the cup holders in your fancy new car. Just reverse the polarity of the power source to change it from hot to cold.

From a design standpoint, Peltier elements have the benefit of simplicity and compactness. They’re tiny and have no moving parts, so they essentially last forever. On the down side though, they’re not as energy efficient as gas compression cycles used in HVAC and other refrigeration systems (only 10-15% vs 40-60%). Also, the cost is higher per unit of heat energy.

Peltier elements are still useful for localized heating and cooling, where frequent rapid changes are needed, and where long-term reliability is critical. If you have such a challenge in your product design, you may want to give these little gadgets some thought.

Creativity | Unfiltered: The One Thing